Right-wing Labour factions Progress and Labour First continue to insist that the candidates they are backing for the vital three additional places on Labour’s National Executive Committee (NEC ) – Eddie Izzard, Gurinder Singh Josan and Johanna Baxter – are ‘independent’ and do not constitute a ‘slate’, in spite of revelations that the groups control the website for the trio and that Labour First are funding Facebook ads for them.

Labour First’s Facebook page also contains a statement by the group about the three candidates – and a post there also suggests that there is more to the situation than support for three independents: 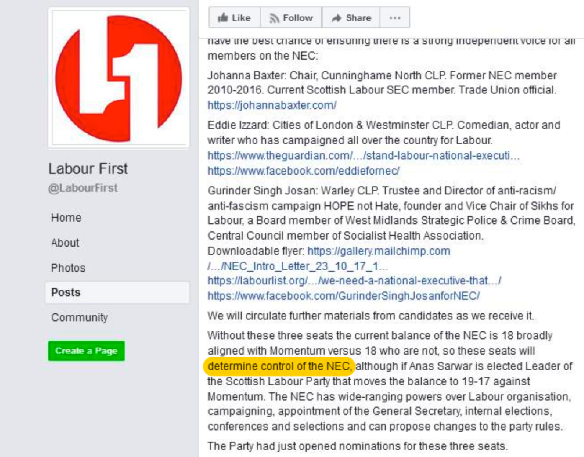 Logically, three genuinely independent candidates would not ‘determine control’ of anything – they’d be doing their own, independent thing.

The SKWAWKBOX contacted Luke Akehurst of Labour First for comment. He responded: